My personal favourite part of the story was when the mom lies and says “I invited this stinky old tramp to live in my house” When Chloe actually did. The journalist was there when the mom said that and the journalist said “You’re probably going to be a MP and be on the newspaper!” This was my favourite part because she was drooling on the phone and she likes him even though she has a husband.

I wondered why the mom wanted to be the MP so much. Then I read some more and found out that she just wanted to be famous.

1.  When Chloe is sticking up for mr stink  when the MP is making fun of him while Chloe is scared of bullies.{This has happened to me when my friend was being bullied by a grade 5 kid and I stuck up for him.} 2. When Annabelle is trying to make Chloe in trouble. {I have done this before to my SISTERS and trying to get them into trouble. 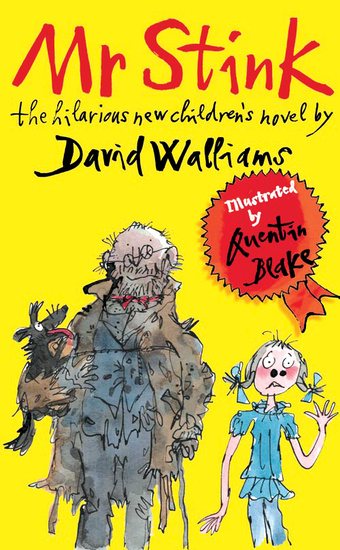 One thought on “Mr Stink By David Walliams”